A food web is a system of interlocking and interdependent food chains.

importance of the food web

The food webs are a very important factor in the safeguard of the coral reef ecosystem... Food webs protect the fragile balance there is between species; there are just the right amount of predators and prey within the aforementioned trophic levels. We start to see the importance of the balance set by the food webs when we see the consequences of anthropological interferences in those food webs. 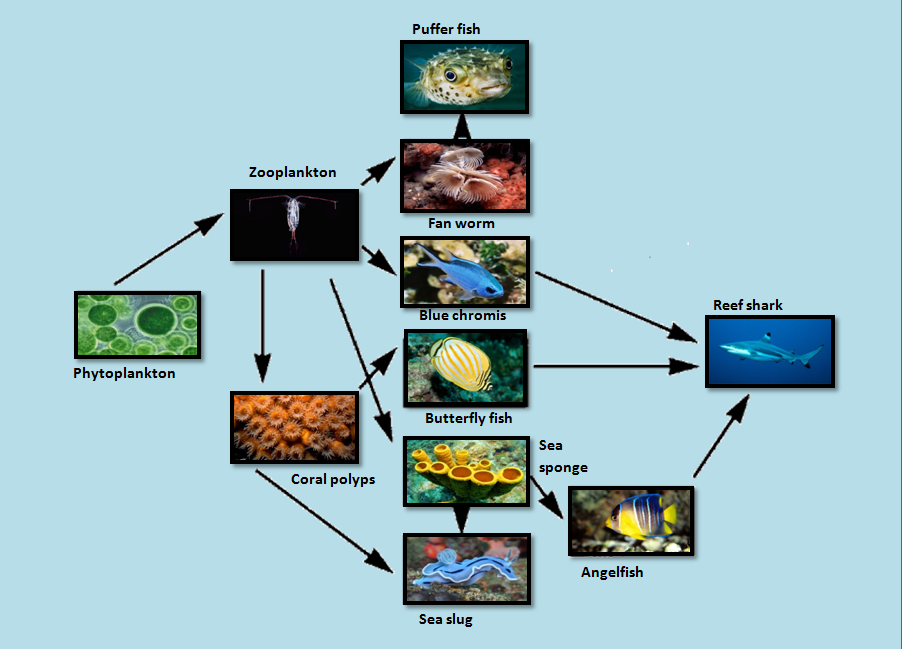